When a new business is booming, it can be tempting to take a gamble and go all in. For Zac Puddick of asbestos removal company Enviro Solutions Limited, a level head and sound advice have been the keys to growing the business at a sustainable rate.

Zac Puddick quit his job as a qualified joiner based in Wellington in 2011 and headed down to Christchurch. It was post-earthquake, and the construction industry was booming. He fell into working for a company that specialised in removing asbestos and was quickly promoted to the position of Regional Manager. Zac didn’t have any previous experience with asbestos removal, but his background in a trade and the sheer quantity of work that was available meant his progress was fast-tracked. The opportunities in Christchurch meant Zac was able to learn the ins and outs of the industry very quickly.

Zac decided to make the move back to Wellington in 2014 and use the skills he acquired in Christchurch to start his own removal business Enviro Solutions Limited. He saw an opportunity in the Wellington market for another specialist removal company and was keen to get back to Wellington where most of his friends and family lived.

While he had all the necessary qualifications, he poured everything he could into acquiring the equipment and expertise required to go out on his own. At a minimum, he needed:

Initially, the Enviro team consisted of Zac and two full-time employees. Zac used his mum’s garage as a storage space for all the gear and operated on-site out of a trailer. Zac tendered for Enviro’s first contract and got lucky when a successful construction company decided to give the new young business owner a shot. Not only did Zac’s mum store most of the gear, but she also helped with a lot of the behind-the-scenes administration, ensuring that Enviro’s two employees got paid.

The industry was still coming to grips with the relatively new rules and regulations regarding asbestos removal. There were a lot of unknowns and a lot of different approaches.

Zac knew the Code of Conduct inside and out, and took pride in ensuring that Enviro worked to the highest standards. The first contract started off as a relatively straightforward project but quickly grew into a major undertaking. The scope of work kept increasing, and Zac’s choices were to either quickly grow Enviro to cope with the additional work or hand it over to another company.

Asbestos removal is a labour-intensive process. Zac decided to get more employees on-board and used temp workers where possible to keep up with demand. Not an easy task as there isn’t a big labour pool of qualified workers, and it meant Zac had to train most of his staff from scratch.

Enviro’s approach of providing a high quality service paid off, and the company began to get more and more work in the Wellington market.

Eager to say yes to any potential contract that came Enviro’s way, Zac figured out early-on that growth for growth’s sake isn’t ideal for anyone involved. A team and operation that wasn’t too big were crucial to providing a high-quality service and also ensured that if the business had a quiet patch, the cost of overheads wasn’t through the roof.

Asbestos removal isn’t a well-known career opportunity, and Zac said it’s hard to find motivated employees that have the on-the-job experience, and also the crucial ability to deal with contracts, clients and manage staff.

The small team feel is further reinforced by having family involved. Zac’s sisters Kate and Molly both work for Enviro and have been a key part of business success. Zac says working with family can be challenging at times; you can 100% trust your sister, but at the same time, it is easy for the usual employer/employee dynamic to be non existent!

Today Enviro have a team of 20 employees and have thankfully moved out of mum’s garage, into a yard with office space located in Lower Hutt. Zac is happy with the size of Enviro as it is today big enough to have multiple jobs on the go at one time, but at the same time, Zac and his senior team can keep a close eye on operations to ensure that standards are being met.

Baker Tilly Staples Rodway Wellington communicates regularly with Zac and Enviro to ensure we are providing timely advice. This means that the business decisions Zac makes have been well thought out and issues like tax are considered upfront, rather than an afterthought. These regular meetings cover general business performance and business issues, but also consider higher level issues such as succession and structure.

Josh from Baker Tilly Staples Rodway Wellington’s Business Advisory team works closely with Enviro’s Office Manager Nicole, answering day-to-day accounting questions. Having a key point of contact is important, as Josh knows Enviro and their needs well and ensures that questions are answered quickly and efficiently. This close contact ensures that Enviro’s accounting system is accurate, and its financial position and performance are easily measured in real-time.

Zac sought advice from his dad, a business owner himself. Getting a second opinion or even just talking through an issue was very helpful, even more so when the person you’re talking to might have been through it themselves. Zac also stressed the importance of being up-front and honest in these discussions – you can’t get great advice if you don’t show all your cards.

2. Invest in your team

Asbestos removal is a heavily regulated industry, and it’s crucial that the entire team is constantly up-skilled and refreshed on the dos and don’ts. This not only includes training but treating the team like a family and making sure that they are well looked after and have all the tools required to do a good job.

3. Give people the benefit of the doubt

Zac has been up-front and honest with his employees, clients and suppliers from day one and assumes the same in return.

4. Keep on top of your finances

Use a cloud-based accounting system and ensure that everything is accurate and up to date in real-time. Knowing how much cash is coming in and going out at any given time is crucial to business success. 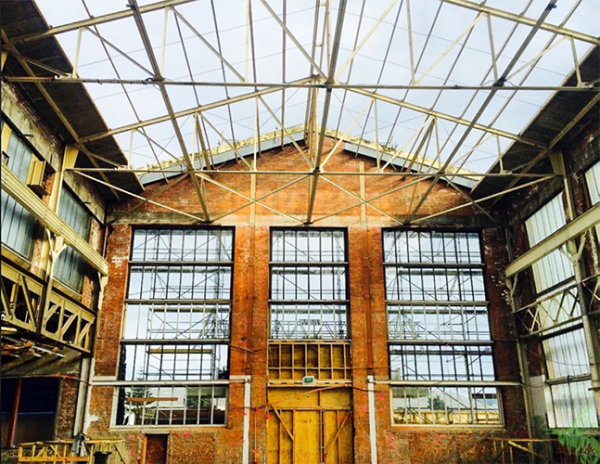 The re-strengthening works at the historic Ford assembly plant in Seaview, Wellington required the methodical removal of 40 tonnes of asbestos cement roofing by Enviro Solutions.

Asbestos refers to a group of six naturally occurring minerals made up of fine, durable fibres. These fibres are resistant to heat, fire and many chemicals.Asbestos can be found in roofs, walls and eaves, as well as floors, tiles, pipes and many unsuspected products.

The problem with these fibres is that they are very harmful if we are exposed to them. The main way a person is exposed to asbestos is by breathing in air that contains asbestos fibres. Inhaling significant quantities of airborne asbestos can cause asbestosis (scarring of the lung tissue), mesothelioma (malignant tumours) and cancer of the lung, larynx and ovary. Asbestos-containing material that is intact is not a risk; it is when the material is disturbed (commonly through the demolition process) that health-related problems can occur.

Although now banned, asbestos was used in a wide range of construction materials from the 1950s to the 1980s, including concrete, hard panels, and even glue.

The asbestos removal industry is now heavily regulated through Worksafe and asbestos removers must be licensed and comply with the Code of Practice for the Management and Removal of Asbestos.

DISCLAIMER No liability is assumed by Baker Tilly Staples Rodway for any losses suffered by any person relying directly or indirectly upon any article within this website. It is recommended that you consult your advisor before acting on this information.

Amid the talk of economic headwinds and a tough operating environment for businesses in New Zealand,...

You might be in business, but are you following best practice? Michelle Valler is a Business Advisory...

Gems and real prospects in the world of crypto

Have you bought crypto or are you wondering what it’s all about? Baker Tilly Staples Rodway Christchurch...

Our website uses cookies to help understand and improve your experience. Please let us know if that’s okay by you.

Cookies help us understand how you use our website, so we can serve up the right information here and in our other marketing.